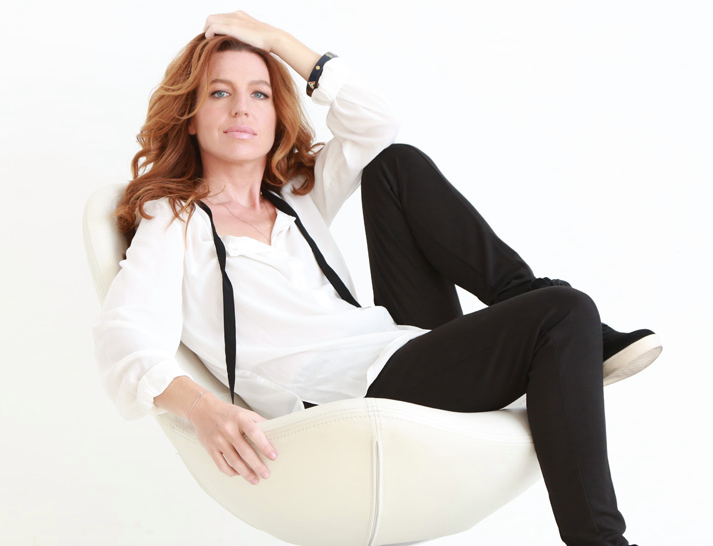 A few months prior, Gemma Magazine had the fantastic opportunity to attend “Dances with Films,” an exciting Film Festival at the TCL Chinese Theatre in Hollywood. Many promising films and shorts had their premiere, and all deserve so much credit. One actress and film that stood out to us is Tanna Frederick from Two Ways Home. Tanna Frederick is captivating, raw, and lights up the screen. Frederick’s performance also provokes intense emotion from the audience. You find yourself rooting for her character, Kathy, who is fighting hard to put her family back together. Tanna Frederick is an incredibly gifted actress.

Tanna also produced the film, and Ron Vignone directed the feature. Tanna stars alongside the talented Tom Bower (who plays her grandfather Walter) in the heartwarming production. Two Ways Home is currently on its way to the Women Texas Film Festival womentxff.org this month and has received support from NAMI and Breaking The Chains.

So, who is Tanna Frederick? Tanna Frederick is a Producer, Director, Actress, and Environmental Activist. Tanna alongside Randal Kleiser launched DEFROST, a revolutionary VeeR virtual reality experience (Cannes). Tanna produced and stars in the feature film Two Ways Home premiering as an Official Selection at the Dances With Films 22 festival mental health awareness. She has starred in and produced six feature films with film icon Henry Jaglom, including The “M” Word, Ovation, and three of his plays, including Train to Zakopane. Frederick has a Best Actress awards from Wild Rose Film Festival, World Fest Houston, the Fargo Film Festival and the Montana Independent Film Festival. Method Fest named her “One to Watch” and she received the CineCause Award, the University of Iowa’s Distinguished Alumni Award, Los Angeles Women’s Theatre Festival’s Maverick Award. She is the founder of ProjectSaveOurSurf.org (@PSOSurf) hosting monthly beach cleanups and a camp which has reached thousands of underserved youth in Southern California and Mexico, educating them on environmental issues with hands-on instruction in yoga and surfing.

In Two Ways Home, Tanna’s character Kathy returns home to her children, her ailing grandfather, and her ex-husband after being in prison. She has Bipolar disorder and made a few poor choices, which landed her a prison sentence. After becoming clear on why she made a few erroneous decisions and completing rehabilitation, Kathy is released back into society, and most importantly, joins her family. It’s a tough road ahead of her but Kathy takes on the challenge.

The film takes place in Iowa, which is Frederick’s home state. When Tanna had a moment, she spoke with Gemma about her character and her poignant acting experience in the film. We were honored that she took the time to talk with us.

Did you always know that you wanted to be an actress?
I always knew I wanted to be an actress, yes. I had stints of also wanting to be a marine biologist and a sanitation worker to clean the trash up as a kid. And I was a poly-sci major with an emphasis in international relations with honors in college. The needy artist in me won.

Your character, Kathy, is up against many challenging circumstances when she returns home from prison. How does she convince herself to keep going? Her persistence is quite incredible.
I think my character Kathy in Two Ways Home convinces herself to keep going after her release from prison because therapy helps her recognizes the past choices were the result of her unbalanced brain chemistry. Her actions were not something she would have chosen if she had assistance in understanding her Bipolar disorder. In this plotline, she’s been through rehabilitation in prison and was lucky to be in a place to face her demons and the possibility of a beautiful future.

The relationship between Kathy and her daughter, Cori, is strained. You can see that Cori wants a relationship with her mom. She’s pushing her away and can be completely inappropriate at times. How would you describe the relationship between them?
Cori and Kathy’s relationship is typical of Gen X’ers and children whose parent’s mental health issues force the role of parent and adult to be switched back and forth always. Cori has been told her mother has mental health problems and is unfit to be her mother. It is also a predisposed element placed on Cori’s judgment by society. The two women are longing for connection but are always up against each other redefining that relationship based on the terms they face. It’s a tough road for both of them.

I love the scenes with you and your grandpa (played by Tom Bower). What was it like working with Tom Bower. Your scenes together were especially heartwarming.
Tom Bower is an amazing actor! It was a gift to work with him! Working with Tom Bower is akin to merely existing as a character on the frame. He makes it so effortless in a scene because as an actor, he is immensely giving and so present. He’s such a reverberating tuning fork one can’t help but sit back and let a moment unfold naturally. Five years before making Two Ways Home, at every event I’d see Tom, I’d tell him I was going to use him in a movie where he’d play my grandfather. He didn’t believe me until I finally showed him the script.

The film takes place in Iowa, and you were raised there. What was it like to go back and film?
Filming in Iowa and being from Iowa brought this enjoyable down-home family experience I’ve never had and wish I could experience every time. I shot on family farms and had family and friends helping out where I needed backup, ending long days with homemade ice tea at my uncle’s house. We started a neighbor’s house on fire, luckily they were related to us.

In a previous interview, I heard you mention that many Iowa locals were in the movie. What was that like for them?
I think everyone in Iowa had a good time filming the movie despite the one hundred degrees heat and humidity. It was incredibly beautiful in the countryside, and we worked so well as a film family and team.

What would you say are the universal themes of Ways Home?
The universal themes of Two Ways Home are about acceptance and family. The fact that this specific character was dealing with bipolar illness is one of the many things she could have been facing. Tom Bower’s character is suffering PTSD from the war, and Riley Behr’s role as the daughter is dealing with displacement issues from being raised by her grandparents and not her mother. The parents are dealing with the loss of a daughter to the prison system through mental illness and then trying to forgive past transgressions by Kathy. It’s a universal theme I saw growing up in Iowa that stays with me to this day: the priority of family. The resilience of love is a healthy choice, and it can be a more difficult road to keep remodeling the family unit like a piece of Tupperware from 1976. Every Christmas on my grandparent’s farm my aunts would have “The Day after Christmas Tupperware Fight” because you just don’t throw Tupperware away. You keep it. It’s sturdy, and you can count on it through the decades. I think an Iowan sees their family like Tupperware. It’s worth the fight.

When Kathy returns home, it seems there is still so many feelings between her and her ex-husband, Junior. There is resentment as well. Do you feel that Kathy and her husband (Junior) still have feelings for each other? Was it more about repairing the relationship for the sake of the family?
I think Kathy and Junior have feelings for each other. Richard Schinnow (Junior) contributed to the script development, and there were a lot of ways Richard could have teased out the relationship between the two – a lot of tossed pages – that the symmetry of the grandfather and Corey’s relationship could’ve been ignored. I think we hit a perfect balance and suggestion to their history as high school lovers, the flame still burns, and then this sort of ‘Jack and Diane’ story got real once ‘Diane’ developed bipolar after having a child. Their love goes on despite all the factors involved. We pretty much left it up to the audience to detail Kathy and Junior’s relationship.

It’s brave and very empowering that the film took on mental illness as one of its focal points as well as the ability to take responsibility for it. Can you please expand?
There is such a huge stigma now and historically to speaking out about and confronting mental health. I always think of the comparison that if someone has diabetes, it’s not considered shameful or a weakness to have or a risk factor involved relating to that diagnosis. However, when someone has to say, “I have depression, I have anxiety, I have bipolar 1 or 2, etc.”, there is such a fear factor involved in that exchange because the parties receiving that information are so often uneducated about mental health. Whether that be from lack of funding to mental health programs, education, psychological studies, or outreach; there is vagueness. We just haven’t hit the spot where it’s understood yet.

We would like like to personally thank Tanna Frederick for taking the time to speak with us. Two Ways Home is a beautiful story of watching Kathy forge unexpected new levels of love and heroism through self-acceptance and perseverance.

iThere are no comments