Shiva Negar is a force: beautiful, smart, and strong (Both mentally and physically). Shiva is known for her role as CIA Agent Annika from America Assassian(https://www.cbsfilms.com/american-assassin/). Her exotic looks derive from her diverse background. She was born in Iran and raised in Turkey and Canada. The name Shiva is of Persian origin and means “Beauty.” Shiva embodies her name in so many ways.

Shiva began her career as a child performer by performing on piano and guitar at recitals and in singing competitions. In high school, Shiva was involved in several school plays and theatre, which quickly became her art of choice and decided to take her passion for acting to the next level. Shiva then went to film school in Los Angeles and in between following her passion and her auditions, Shiva also managed to graduate from York University with a degree in Psychology.

Shiva played the lead role in Lionsgate and CBS Films’ Action Thriller American Assassin, which is based on the bestselling series of novels by Vince Flynn and is directed by Michael Cuesta. Shiva starred opposite Dylan O’Brien, Taylor Kitsch, and Michael Keaton. Shiva trained hard — with an elite group of specialists, performing a number of different CIA exercises. After watching American Assassin, I cannot imagine anyone else playing Annika, the Turkish CIA associate with her own personal agenda. In the film, Negar navigates the gray waters, always centering her character so that we always understand her motivations.

Shiva Negar is a perfectionist with an intense work ethic and gravitates toward characters that are very empowering, which is inspiring. She is also extremely professional and enjoys pushing herself to the limit. Shiva has that rare fusion of intense strength and vulnerability which makes her so interesting to watch.

Shiva also starred as the lead of Telefilm’s feature Becoming Burlesque for director Jackie English. She just wrapped The Cuban and is also currently filming Heartland.  She is in constant demand. When Shiva had a break from filming, she took the time to speak with Gemma and we could not be happier.

GM: I know your training was intense for American Assassian, however did you also find it empowering to build such physical strength? As you know, it’s such a great asset for your mental game too!

SN: The training was great and a lot of fun! We did a lot of kickboxing, choreographing the fights, weapon training etc.  And yes it was definitely empowering to learn these skills and be able to have the same strength and capability as the men did on the field.

GM: What would a typical day on set be like? Also, can you expand on your experience working with Director Michael Cuesta

SN: Everyday was different, but once we went on camera, typically we would always have a good amount of rehearsal time with the director to go over the scene and talk about our characters before filming. Then we would just go out and play and there was always room to improvise or tweak things around to where we as performers felt most comfortable.

I definitely enjoyed working with Michael Cuesta, he’s a very visual person and I liked that he was very open to hear our side of the story and our view on the characters, and if something didn’t feel right in the scene he was willing to change it to what we felt would be more natural.

GM: Annika is sort of every woman’s dream and men too. She’s smart, strong, confident. I also find her vulnerable at times. Did you feel as well that she had alot of layers to her personality?

SN: Oh yes! There were definitely a lot of different layers to Annika. She’s very driven and fearless. Her tragic past has made her become who she is and it’s where her focus and strength comes from. However I like the fact that we get to see other sides of her throughout the film, her feminine side, and her vulnerability when it comes to her family and the pain that she’s been carrying all along. I really enjoyed being able to play all of that and accessing all those layers.

What did you learn about yourself from playing Annika?

SN: That I can kick ass, lol. One thing I love about acting is the fact that every character and every project is different and you get to learn and experience many different skills, situations etc. You never know how far you can go until you’re placed in that situation. So being a part of such a project that required a lot of physical strength made me realize how far I can push myself physically and mentally and it was definitely more than I had imagined 🙂 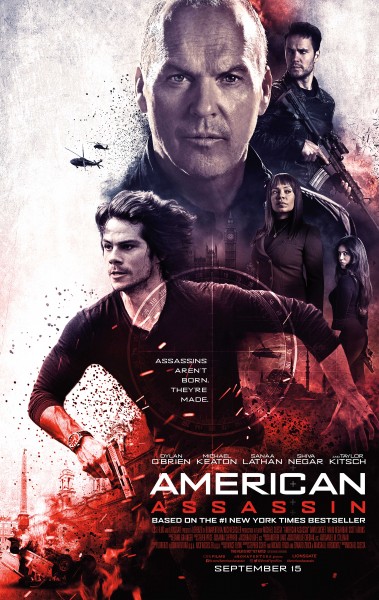 GM: You also starred in Burlesque as Fatima. Your character finds herself and her sense of belonging through the Burlesque environment.  Do you find this suprising?

SN: That was another very fun and empowering role where I got to explore the world of Burlesque and had to learn to perform on stage as a burlesque dancer.

I don’t find the plot surprising at all, in fact I can somewhat relate to it myself as I’m sure many others can as well. Growing up, I was always trying to fit in with friends, in school, family etc. I buried my creative side for years as I was trying to live up to my family’s expectations and follow the “norm”. It took a long time for me to find my sense of belonging and actually embrace who I was and follow my passion which was completely against the rules and my family’s wishes. But things didn’t turn out so bad after all and I’m glad to say that I now do have their support 🙂

GM: I know you are signed on for Street 2 with producer Lyle Howry. I’m sure you are looking forward to it. It also sounds like a great cast and it centers around such an imortant issue.

SN: Yes I’m really looking forward to getting started. It’s a great script and a great cause. It revolves around the issue of human trafficking, which I believe we need to pay more attention to and create more awareness. I’m happy we will shed light on this.

GM: What is coming up next for you?

SN: I just finished shooting for a film called “The Cuban” starring Louis Gossett Jr. and Shohreh Aghdashloo.  It’s a beautiful story about the connection between music and Alzheimers disease and how music can effect memory. It also sheds a light on different cultures and the history of Cuban Jazz.  I’m also currently filming for the TV Show “Heartland” (http://www.cbc.ca/heartland/), which airs on UP TV USA, CBC Canada and Netflix (www.netflix.com). So there will be a new character and some interesting events happening on the new season 🙂

I would like to thank Shiva Negar for speaking with Gemma Magazine. She is so lovely and inspiring. To learn more about Shiva Negar and her upcoming projects, follow Shiva on her social platforms. We are excited to see what is next!